Callbacks From Transformers To Driver

Callbacks From Transformers To Driver#

Transformers are the only Fugue extensions to execute on remote worker nodes. For some scenarios, the transformers need to communicate with the driver while it is running. For example, a transformer is training a Keras model, and at the end of each epoch, it needs to report the metrics to the driver and the driver can respond with a decision whether to stop the training.

In Fugue, the callback model is also abstract, you only need to define the callback functions and specify the server to handle remote calls.

The simplest way to have a call back, is to define a callback parameter in the interfaceless way. You only need to annotate the parameter with callable, Callable or Callable with arguments, for example Callable[[str],str]. And this parameter must be after all dataframe parameters and before all other parameters.

As you can see, since there are 3 partitions of a, there are 3 descriptions printed, and in the end, the output dataframe is also printed.

You can make the callback optional

This is a more flexible way where your transformer can be used in different situations.

The above code is running using NativeExecutionEngine running on the current process. It’s the minimal code to test whether your callback logic will work. To run it using a distributed engine, You need to setup the callback server to handle network calls.

You can also create your custom server by implementing RPCServer and RPCClient. For example you may create a pair of server and client to communicate with MLFlow to update metrics in real time.

Commonly, callbacks need to be stateful. In Fugue, it’s totally fine to set the callback to be a method of an instance (in order to be stateful), or to use a global method/variable. You only need to make the function thread safe because it could be invoked in parallel.

In the above example, we only take two partitions of the entire dataframe, so the Callback implemented a thread safe counter, and return true or false based on the counter.

The only requirement for a callback function that Fugue can use is that its input parameters and output are picklable (Nones are fine). The function itself is OK if not picklable. In the above case, should_skip invoked RLock which is not picklable, but it doesn’t matter.

In most case the above native approaches are sufficient. However, if you want to having more control on the callback side, you can directly implement RPCHandler. For example, you want to start a thread to process the incoming calls and stop the thread when the execution finishes. 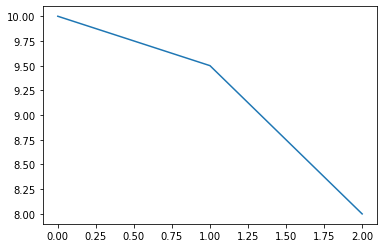 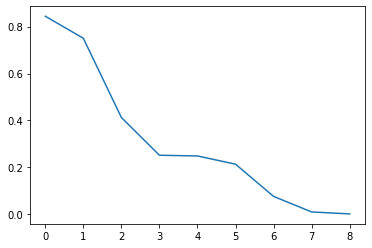 Callbacks may be convenient to use, but you should use with caution. For example, it may not be a good idea to direct worker sider logs to driver using this approach because the amount of data can be unexpectedly large.

Also, when you implement the driver side logic for the callbacks, you should be careful about the contention and latency. Take a look at the _plot in PlotMinNow, it’s a consumer competing with the data producers (remote callers), so it minimizes the logic inside the locked part to reduce such contention.

The CPU usage is also a concern, when multiple workers are calling back, it could overload the system. So you should consider decoupling producers and consumers and moving the expensive operations to the consumer side so that you have better control of the load. See __call__ in PlotMinNow, it has very cheap operations, if we re-draw the chart in side __call__, it may be a bad idea.